The Small Armstrong Class, or simply "Armstrong," is a light ship the player receives at the beginning of the game.

The Armstrong is a small ship with enough room for two weapon decks and two Engineering/Science decks. It comes preequipped with a Bridge and an Engine Room. The Armstrong starts with only one crew member (the player) and more crewmen must be hired. 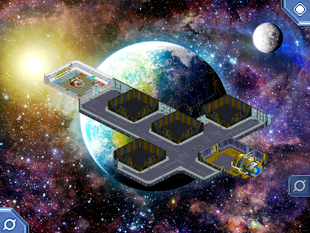 The S.C.V. Virtue is an Armstrong Class ship, commanded by Captain Renaerel Platt.

Community content is available under CC-BY-SA unless otherwise noted.
Advertisement